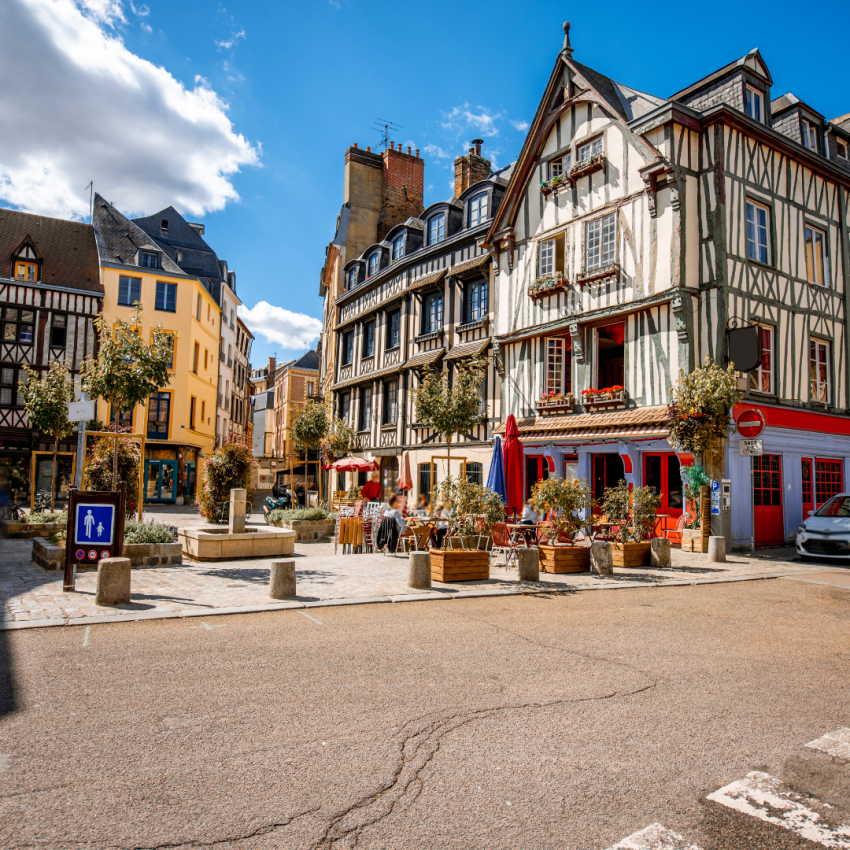 When we think of France, we immediately think of Paris and the Eiffel Tower. Perhaps also of onion sellers and accordions playing in the street. However, there is more to France than its iconic tower or its relaxed way of life. So, we shall spend some time here just thinking about the best places to consider heading for when visiting this cultural part of the world.

Honfleur was originally built purely for trading but it has since become a popular tourist area in France. It is known as a seaside town famous for attracting impressionist painters. Art can be observed close up inside the museums and modern galleries that are scattered about the town.

If you like looking at water and yachts, then you should visit Vieux Bassin, which is the heart of the port.

Because the town of Honfleur has now been devoted entirely to tourism, you can also benefit from the many shops and restaurants that are there, while staying inside one of its arty hotels.

At the heart of the French Riviera is St-Tropez. It is famous for its songs and its spray tans. It will not take anyone long to understand just why it is considered one of Europe’s most famous resorts and a popular town in France to visit. With St-Tropez, you have the idyllic blue Mediterranean Sea to admire while lounging around its perimeters. You can also play a relaxing yet competitive game of boules with the locals to fully experience France’s culture. To satisfy those who like history and quirky places, you have numerous cobblestoned streets to explore.

The beauty of St-Tropez will be its mixture of warming blue views, the historical, and also its shopping delights created by the eclectic mix of shops to browse in and buy from.

You might have heard of Provence from a 90s television series starring the late John Thaw that was entitled a Year in Provence. The BBC mini-series, based on Peter Mayle’s bestselling book from 1989, was famed for showing off the beauty of Provence and the relaxing and idyllic lifestyle enjoyed by its residents. It made for relaxing viewing and reflected on a pace of life that we would all like to live at given the choice.

So, what does L’Isle sur la Sorgue offer? Well, wonderful scenery, of course, with lush greenery and water reflections from its several canals. Then, for those that love art and antiques, there are 300-second hand shops to explore to find a bargain. The “Island City”, as it is also known, runs antique fairs during the Easter period, which have gained something of a worldwide reputation. To help you add to your collection, you can be greeted by at least 500 antique dealers looking to strike a deal with you.

How could we miss France’s romantic city of Paris out? No doubt many who now visit Paris were conceived there. It is a place that just promotes romance.

Paris, of course, provides the backdrop of the Eiffel Tower, which you can be photographed next to. Not surprisingly, it is the city’s most visited monument. So famous and popular, Blackpool in England recreated a shorter version of their own.

If you like dogs, you will find one dog for every seven Parisians. They are certainly animal lovers here. That is on top of all its human lovers that are heading to Paris to spend time together or to make it their honeymoon destination.

Art lovers are likely to spend a lot of their time in The Louvre, the world’s biggest museum of art. So, there is plenty to love about Paris.

So, what is there to see in The Louvre, as we have mentioned it? Only the Mona Lisa, that is all. It is polymath Leonardo da Vinic’s creation and thought to be the wife of Francesco del Giocondo depicted. Without eyebrows too. But then, this was not a lack of masterstroke but how women would be in those days. The canvas’s theft in the 19th century and the mystery of this painting’s origins, along with its iconic status, continues to draw in crowds to see it. Everyone wants to see the original of an image that has been reproduced so many times in books.

In summing up, we can note that wherever you go in France there will be something beautiful to see and an artistic and relaxing way of life to be experienced. It has a culture to offer that is not possible to experience in other parts of the world.