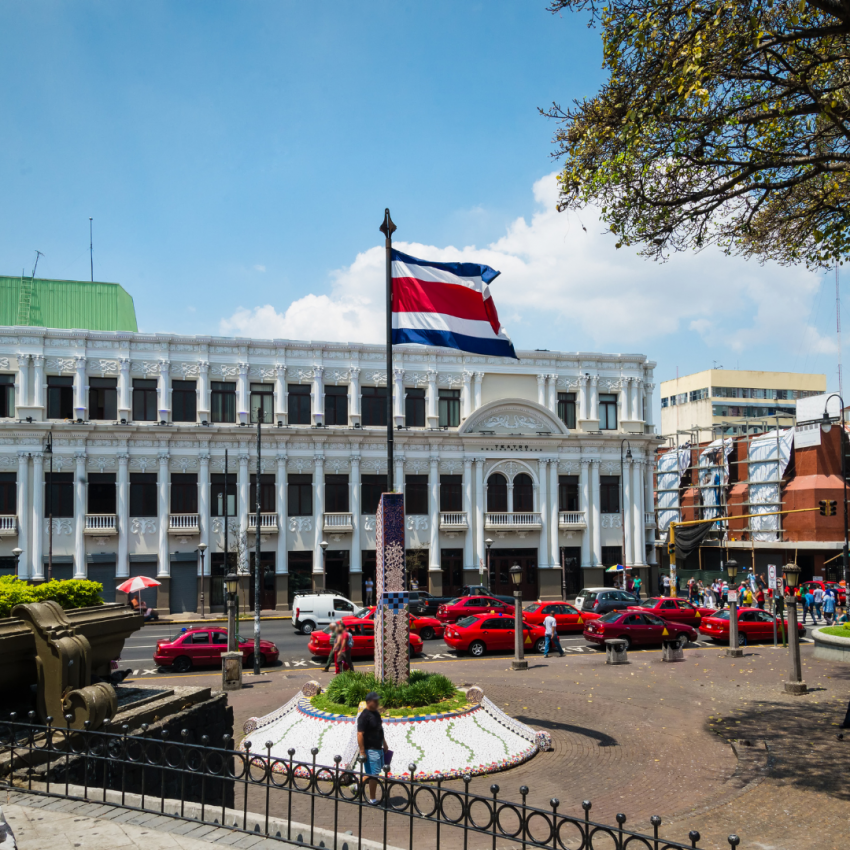 The title of this article is deliberate in that we can head towards whatever location we please. It all depends really on what type of holiday that we want to end up on. Do we crave adventure in the sea, to explore a historic location halfway up a mountain, or simply to lounge on a beach or by a pool inside a heated complex?

So, let us begin with an idyllic ocean location where surfing is the norm.

The beach town of Playa Grande is not only considered one of Costa Rica’s best surfing locations but one of the best in the world for the activity. So, if surfing is your thing, then you will want to head here as soon as you can arrange it.

Playa Grande is, apart from being an ideal surfing spot, also something of a beach community. Situated on the Pacific coast of Costa Rica, and just north of Tamarindo, it has that beach vibe and community of everyone in touch with the same thing.

Considered by many to be something of a surfer’s paradise, Playa Grande offers surfers waves that are fast and fun. Alongside this, you can also experience turtles on the beach and other wildlife around you. You can be at one with nature and the waves.

Then apart from surfing, you can also swim here. There is not a lot of shade, or indeed dry spots to place a towel though, so it is not the best place for sunbathing. But then, that is not why people come here. It has been chosen as our spot for some ocean adventure.

The Englishman Who Went Up a Hill but Came Down a Mountain, is both a book and film. The story is about Welsh villagers building up their local hill to the 1000 feet required for it to be classified by English surveyors as a mountain rather than a hill, as it was previously referred to.

Ffynnon Garw was the fictional name used for the real Welsh village of Taff’s Well. This is Ffynon Taf in Welsh. The mountain concerned is Garth Mountain. So, if you want to follow in the footsteps of the book’s story this is the place to visit. However, if you are looking to seek out the movie location, the book’s location was not the one used. This was because Taff’s Wall, near Cardiff, was too built-up for it to portray village life from 1917 when the story was set. Instead, this takes us to Llanrhaeadr-yn-Mochnant, just 10 miles west of Oswestry, which borders Wales and England.

So, if we visit both locations in the UK, shall we say, then we can follow in the footsteps of both the book, as the original location for the story, and those of the movie cast.

Elafonisi Island in Greece is considered one of the most relaxing beaches in the world. It is situated on the western side of Crete and is just 200 m from the coast. It has been voted more than once as being home to the most majestic beach in the world. It has pink sands and clear blue-green waters that will have you think that you have reached paradise.

Here, you can relax on the beach or go for an equally relaxing swim in the shallow lagoon area. This can be found between the island and the mainland.

However, choose your time right so that you avoid the crowds that will all be flocking to this idyllic location.

So, three locations that have something about them which would suit a certain type of holiday. We only have to decide just what type of holiday it is that we want. Whether it is one where we want to make use of the water for surfing or other water sports. Many might desire to seek out the Movie Location either from the book they have read or a movie that they have seen. This may even mean visiting two locations because the movie director wanted to use a different location to the book to create the right ambiance. Then, there is, of course, the relaxing beach holiday that is better done on an actual beach rather than sitting around a swimming pool that could be inside any heated building. A holiday, to be considered a holiday should be different in some way. This will be because of the opportunity for adventure, its history, or its idyllic location that allows for relaxation.